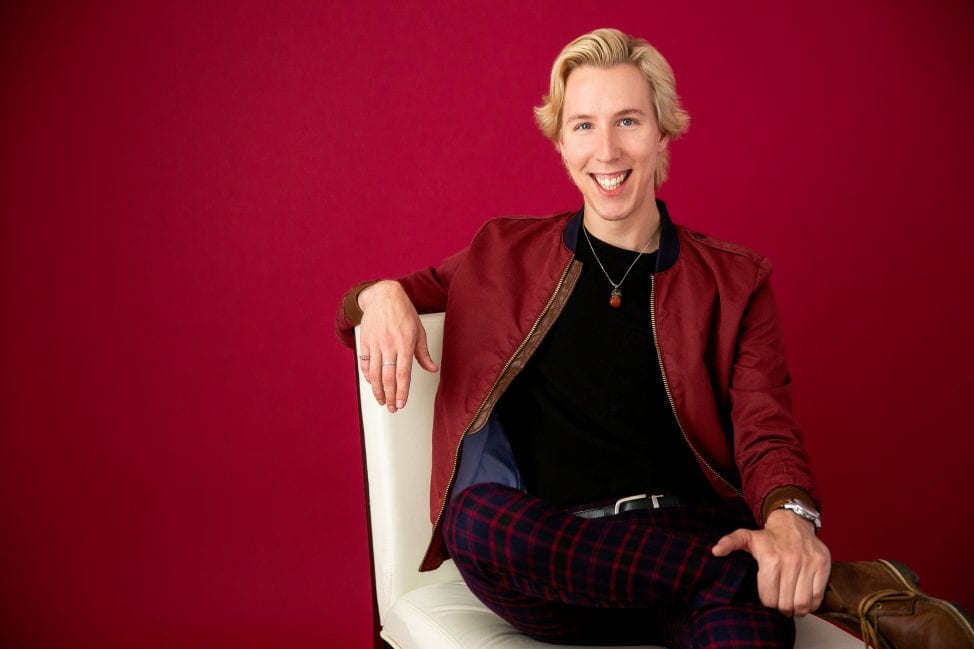 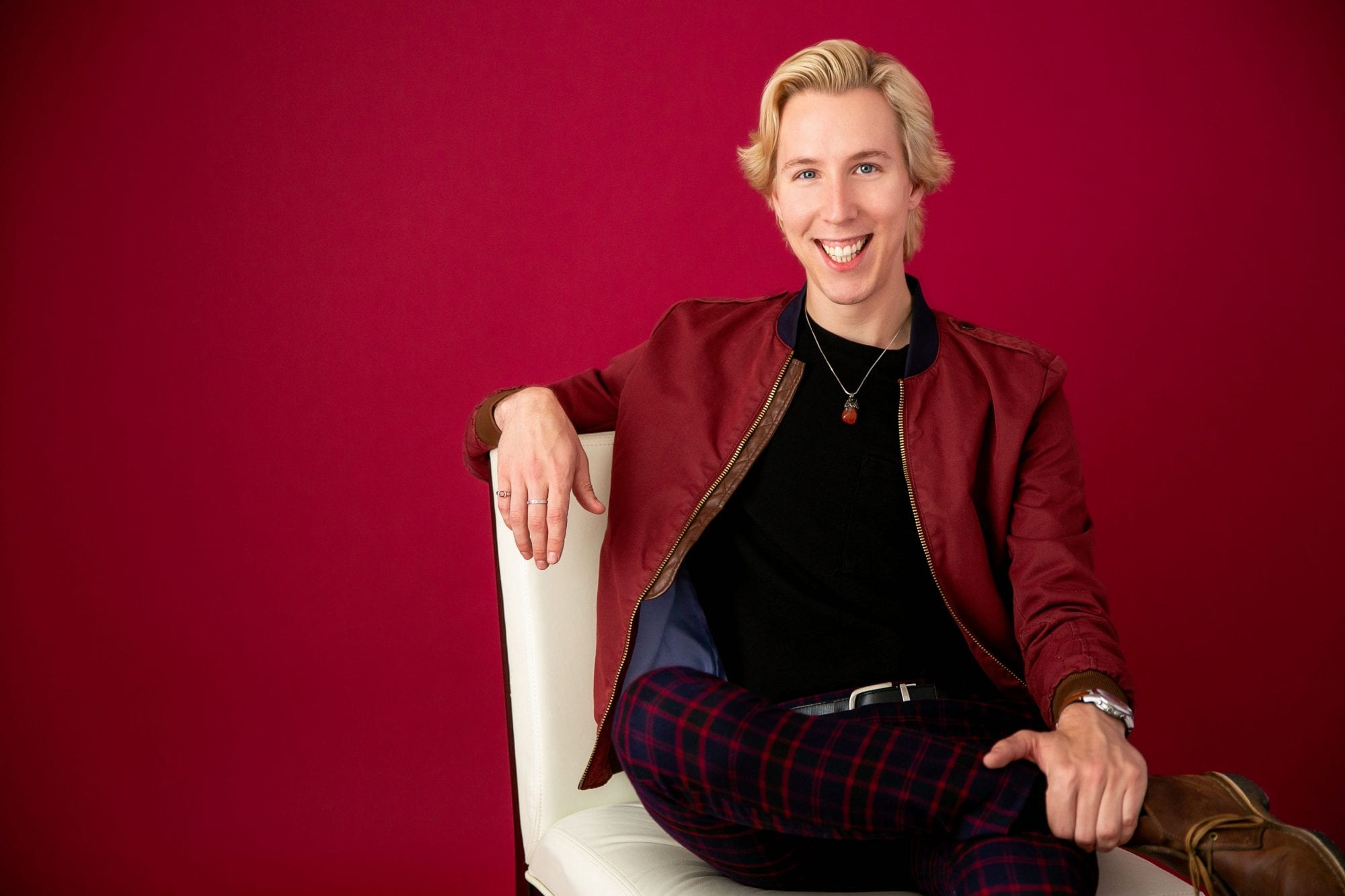 We are so excited to announce the newest member of our team – SchlickArt’s Studio Operations Assistant Logan Timothy Howard! Some of you may have already seen Logan busy in the studio, or you may have even caught him on our latest SchlickArt Live Q&A. He’s been a joy to have in the studio, and he brings a lively and positive energy to the team that keeps us all on our toes! We hope you love him as much as we do.

Be sure to say hi next time you’re in the studio, but until then, get to know a little more about Logan here on #TheSchlickArtBlog. 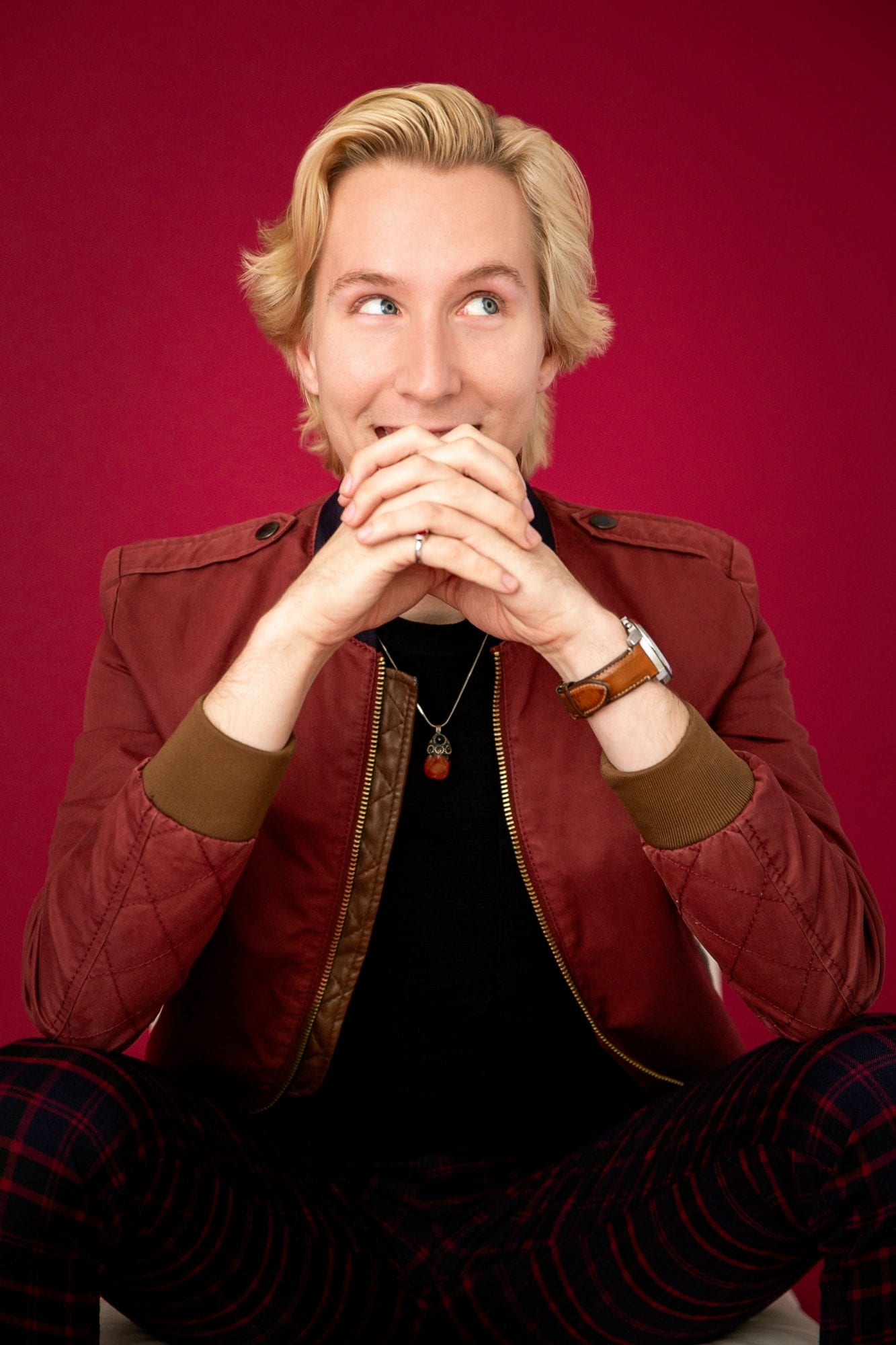 Growing up in small-town Eldridge, Alabama, Logan embraced the simplicity and freedom of being a kid in the country. His mother worked in his local school system, his father served in the military, and they were both leaders in the local church for as long as Logan can remember.

“Country kids have the space and freedom to go outside and play. We could just be kids,” Logan recalled of his hometown. “I would rather be born and raised there than anywhere else in the world, partly because the Southern hospitality I learned there is probably what got me the job here today. I love taking care of people and making sure they have everything they need. It’s just how I was raised.”

Logan’s hometown inspired more than just his genuine love of people. It was through his family’s church that he got his first chance to take the stage.

“When I was in elementary school, we did a project where we had to describe what we wanted to be when we grew up,” Logan shared. “I remember thinking I wanted to be so many different things, and I realized there was one way I could try everything: acting.”

After he graduated high school, Logan explored a few different career paths that seemed more practical than his wildest dreams – until one day, he discovered a community theatre just 15 minutes from his house.

Once Logan decided to commit to his dream, a move to LA was the next step, so he applied to the Los Angeles campus of New York Film Academy (NYFA). One of the reasons he chose NYFA was the school’s focus on a well-rounded education. While earning his BFA in Acting for Film, Logan learned the ins and outs of producing content – from script writing, camera work, editing, acting, producing and directing to new media and more. He set a strong foundation while also exploring the future of his industry, including the production of web series and the distribution of digital content. By the time he was ready to graduate, the COVID-19 pandemic had already affected the globe.

“It was frustrating because you work so hard, and then when I finally graduated, I had to take a step back because all my plans went out the window,” Logan explained.

At the time, Logan had no idea that the next step in his career would come from the unlikeliest of places. 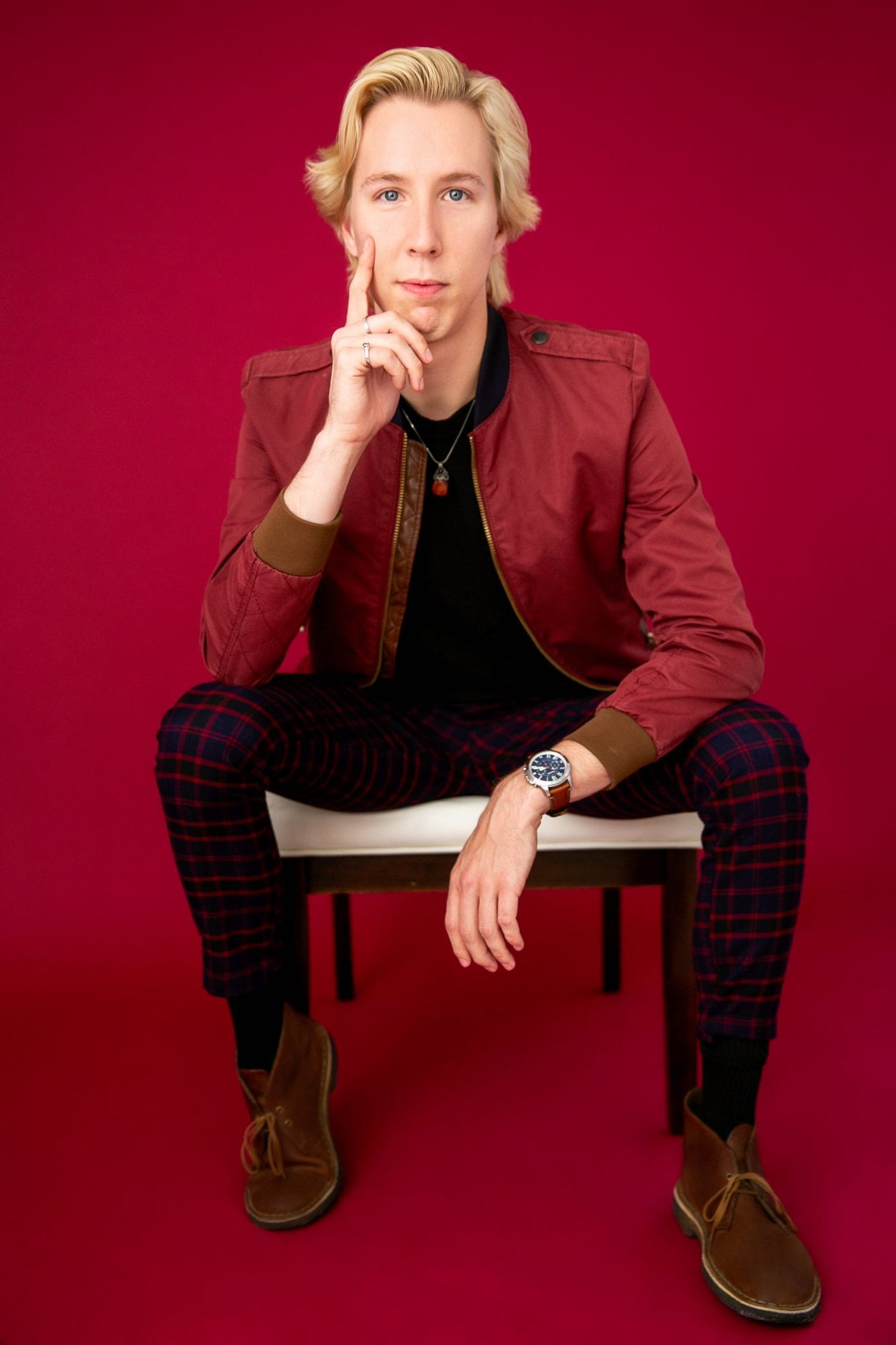 While Logan was living in Burbank, he became friendly with his apartment complex’s managing director, Amanda Benson. One day, while talking about his plans after film school, Amanda had an idea: SchlickArt was hiring, and he would make a great fit.

Soon after, Logan was working as SchlickArt’s first Studio Operations Assistant. Today, his role includes studio management, assisting on shoots, producing content for social media and marketing, and taking care of clients to make sure they have a relaxed, enjoyable experience every time they visit.

“I’m excited to come into work every day,” Logan shared, “and I’ve never had a job like that before. I love that I get to learn something new whenever I’m in the studio, whether it’s meeting new clients, learning new software or assisting on a shoot.”

As he gets more settled into his new role, Logan is looking forward to taking on more responsibility and becoming an essential part of the team.

Outside of work, Logan continues to put his skills and creative passions to work on different projects, from short films and web series to script writing and production. He even dabbles in music, playing the piano or creating songs just for fun. You can also find him skateboarding, people watching or exploring new parts of LA. Currently, Logan is writing a script in pre-production that explores the lasting effects of bullying and is particularly close to his heart. After his friend, Trisha German Sims, passed away, he was inspired to share her story and the truth of their friendship in high school.

“Everyone has that one person who influences who they are today, and she was that person for me. That’s why this story is important to me,” Logan explained. “But no matter what I create, I want to make people feel something. If they’re sad or angry or laughing, then I’ve done my job. I can walk away knowing that I allowed them to feel something freely. If they feel nothing, then I haven’t done my job.”

At SchlickArt Studios, that’s exactly what Logan works toward every day – inviting people to feel good about themselves and their experience in front of the camera, no matter how nervous they might have felt when they first walked in.